The 2020-21 school year will forever be marked as one of the most challenging, inventive and memorable years in our university’s history. Students, faculty and staff remained dedicated to maintaining in-person instruction, while utilizing digital resources to continue performing, engaging with guest artists and sharing art with the world. Here’s a look some of our most memorable moments during a global pandemic:

1. Welcoming new leadership
Just after the 2019-20 school year ended, Brian Cole was named the ninth chancellor of UNCSA. In June 2020, he announced Patrick J. Sims as provost. Together, they ushered in a new academic year with a unique Zoom webinar convocation on the first day of fall semester.

2. Reimagined fall performances
Our latest performance season looked different than any before. The School of Music presented a full slate of performances entirely online, livestreamed from Watson Hall and the Stevens Center. In October, the schools of Drama and Design & Production presented devised piece “Inheritance: A Work in Progress” for socially-distanced, in-person audiences at The Historic Brookstown Inn in Winston-Salem. In November, radio play “Henry V” was released across podcast platforms. 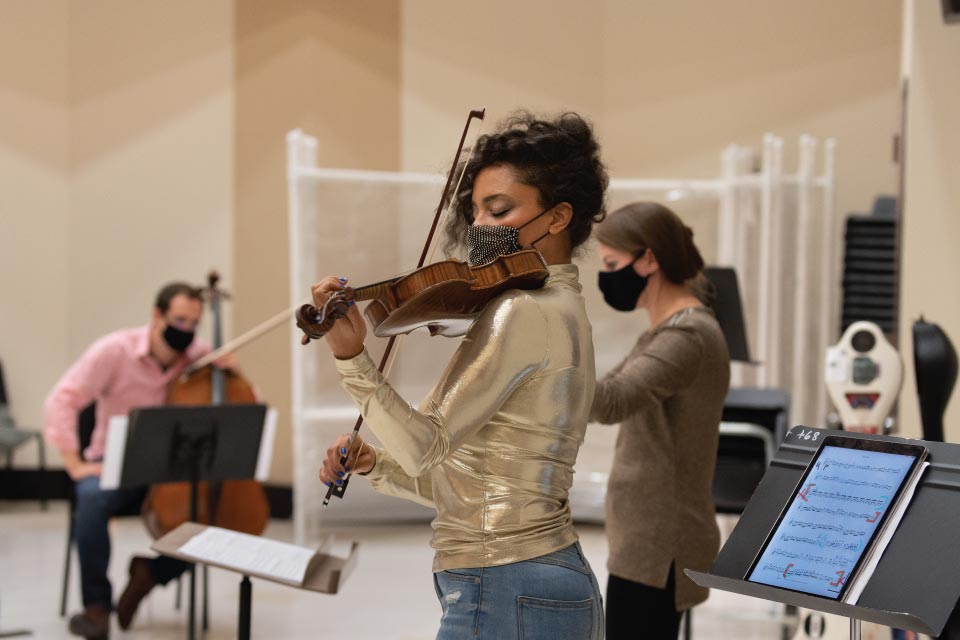 School of Music alumna Lady Jess rehearses for a performance with current students during the fall semester. / Photo: Peter Mueller

3. “The Nutcracker” on film
A holiday season without “The Nutcracker?” Not on our watch. A collaboration between the schools of Dance, Filmmaking, Design & Production and Music, “The Nutcracker: An Original Film” premiered in December. Filmed on campus over several weekends in the fall, the 30-minute piece features new choreography, dance costumes with masks, unique visual effects work, alumnus Anthony Santos as Drosselmeyer and more. The film was viewed more than 116,000 times worldwide and raised more than $255,000 in net funds for student scholarships.

4. Rankings
UNCSA was recognized by important publications serving the arts and entertainment industries. The School of Filmmaking was ranked No. 10 by The Hollywood Reporter (THR), in the top 50 worldwide by Variety, No. 5 by TheWrap, and was included in MovieMaker’s unranked list of 39 top schools in the U.S. and Canada. THR also ranked the film music composition No. 12 in the world. In addition, THR included Design & Production’s costume design program in its Top 10. 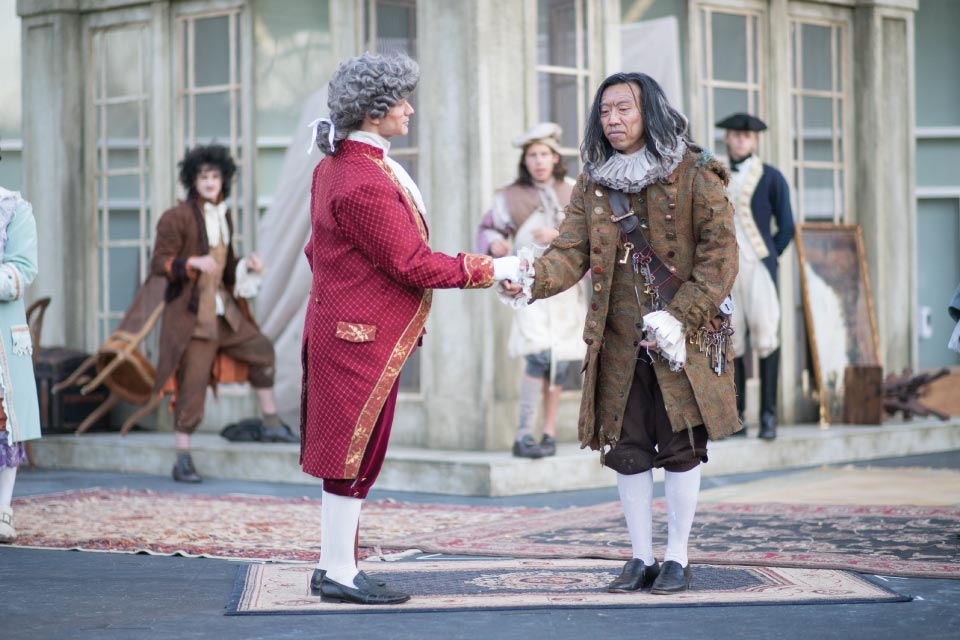 5. Animatronics program announced
The School of Design & Production announced a new addition to its graduate offerings. This fall, a three-year M.F.A. program in Animatronics will welcome its first cohort. Students will explore design, construction and execution of story-enhancing objects that encompass the frame, the skin and the brain. 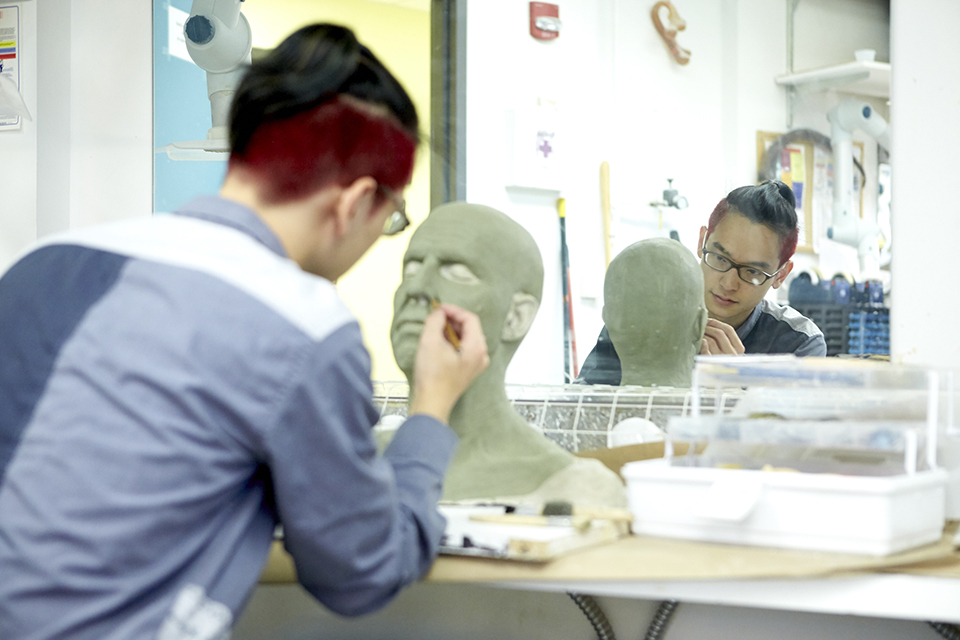 Previous prosthetics work in the School of Design & Production.

6. Creative spring performances
Spring semester offered more opportunities for audiences to enjoy virtual performances from UNCSA students and faculty. The School of Filmmaking presented a free online screening of alumni films for the first time, later introducing 2021 third-year and fourth-year student films both virtually and at a drive-in screening. The School of Dance’s livestreamed Spring Dance Concert showcased every student in the school throughout its two-weekend run, and the A.J. Fletcher Opera Institute livestreamed operas safely from the Stevens Center. 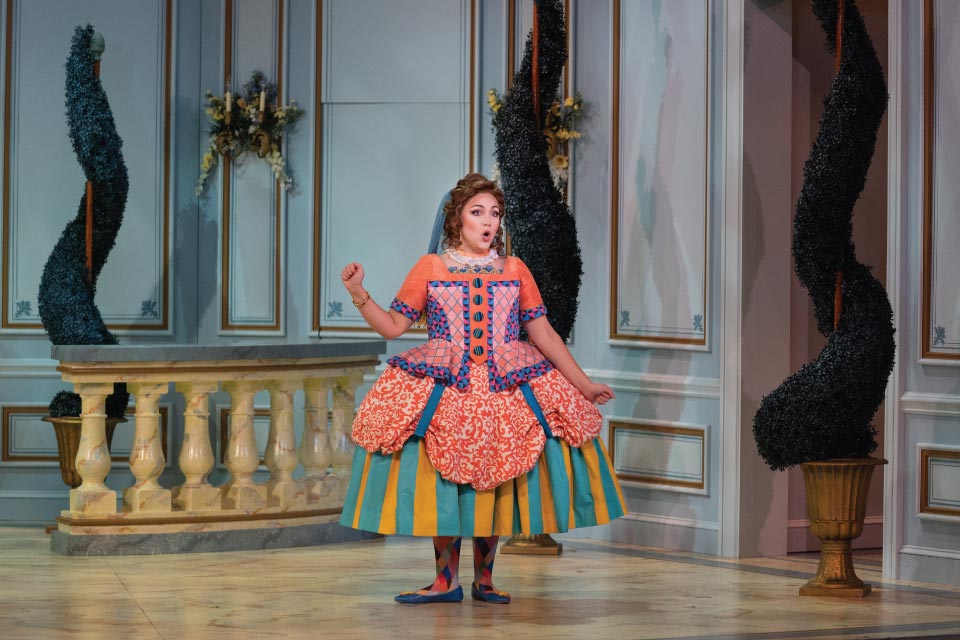 7. Guest artists share expertise
COVID-19 didn’t stop a longstanding tradition of inviting esteemed guest artists into UNCSA classrooms. The School of Filmmaking set up Zoom calls with industry leaders, like “Mission: Impossible – Fallout” director Christopher McQuarrie, throughout the year. The School of Dance worked with contemporary choreographer Larry Keigwin via Zoom and in-person on campus to create an original work, “Waiting in the Wings.” The High School Academic Program launched a social justice lecture series with a visit from visual artist Endia Beale during fall semester.

8. Equity, Diversity, Inclusion and Belonging (EDIB)
UNCSA announced the formation of an EDIB committee during fall semester and in May, the university’s EDIB vision statement was announced: “At UNCSA, we strive to create a safe environment, one that allows people from all walks of life to thrive. Doing so demands that we commit to an explicit and continual process of identifying and dismantling systems and practices of bias, exclusion and oppression. Education and art-making can be transformational forces for change and we are working so that change leads toward justice.” Check the EDIB website for the latest updates and announcements. 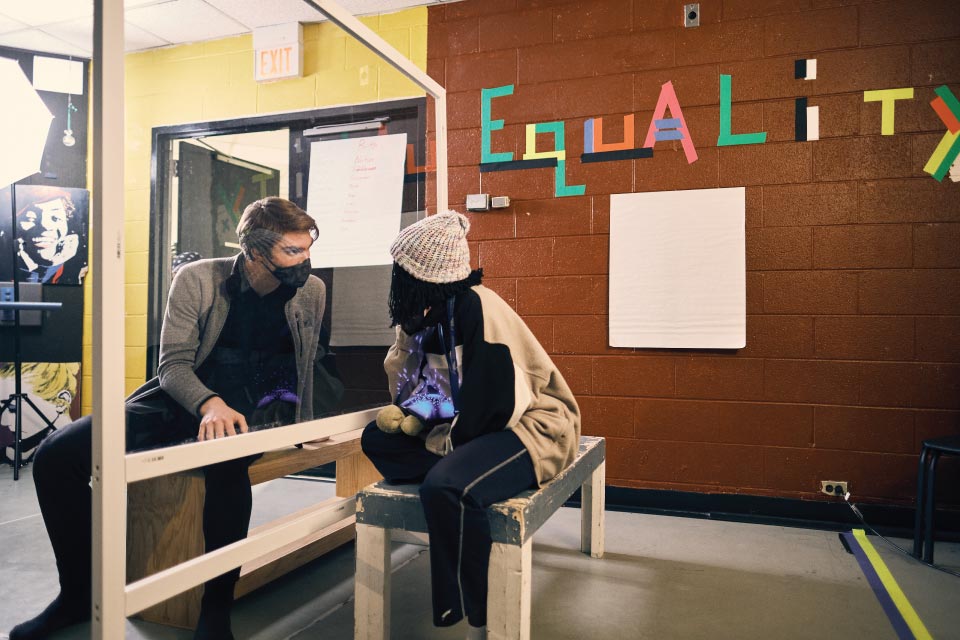 9. A dance parody becomes a viral video
The School of Dance’s “Swan Lake: Cancelled” parody video became a viral hit when it was released in April, racking up more than 50,000 views online to date. Have you seen it?

10. A day to celebrate: Commencement at Truist Stadium
On May 22, UNCSA celebrated the high school class of 2021 and the university classes of 2020 and 2021 at commencement ceremonies held at Truist Stadium. Drama alumnus Stephen McKinley Henderson delivered powerful remarks to graduates before welcoming them into the alumni community.