UNCSA announces a fall performance season like no other, reimagined to address limitations due to COVID-19, yet offering a widely available range of events involving all of the university’s five arts schools through innovative collaborations and inventive delivery of theater, music, film and dance.

Audiences worldwide will be able to experience the professional-level artistry of UNCSA students through livestreamed and on-demand filmed performances, in addition to a socially distanced live performance available to the community. Performance and production plans prioritize the health and safety of UNCSA students, faculty, guest artists and audiences while reflecting the evolution of the performing arts industry as it faces the effects of COVID-19.

Highlights of the fall season include a radio play of Shakespeare’s “Henry V”; “The Windows Project,” a site-specific devised theater piece that will have audiences peering through windows at the characters within; an online screening of films that showcases the diverse and unique voices of student storytellers; the world premiere of a newly created production of “The Nutcracker” for film; and a range of livestreamed concerts from the School of Music, including several celebrating the 250th anniversary of Beethoven’s birthday, the UNCSA debut of new Associate Conductor Karen Ní Bhroin, and a string orchestra concert with alumna and Artpreneur Award recipient Jessica McJunkins.

“Like professional artists around the world, our students and faculty are pioneering what it means to perform in the new landscape created by the pandemic,” said Chancellor Brian Cole. “We are creating new ways to reach audiences with stories that examine our understanding of the past and illuminate our way forward. As Orson Welles said, ‘The enemy of art is the absence of limitations.’ As a community of artists operating in a unique creative ecosystem, UNCSA is proving that the performing arts can thrive, even in this time of great limitations.”

With the exception of “The Nutcracker Opening Night Scholarship Benefit”  ̶  which will raise funds to support student scholarships at UNCSA  ̶  all performances will be free of charge as a thank you to UNCSA’s community of arts supporters, with the opportunity to donate to support the future of UNCSA and its student-artists. Get free performance tickets online. Information about spring performances will be announced at a later date.

"The Nutcracker" Opening Night Scholarship Benefit - Saturday, Dec. 12 (livestreamed); Thursday, Dec. 17 through Friday, Dec. 25 (on demand)
The timeless tale of “The Nutcracker” steps into the present in the world premiere of the popular annual holiday tradition newly created for film. The schools of Dance, Design & Production, Filmmaking, and Music will collaborate for the first time to create a 30-minute version of the beloved classic adapted for the screen. Directed by Interim Dean of Dance Jared Redick with all-new choreography by School of Dance faculty member Ilya Kozadayev, the production honors the memorable story while reflecting modern sensibilities. Rosemary Harris, award-winning actor and wife of the late UNCSA founder John Ehle, delivers a brand new narration written for the film, while Guest Conductor Karin Hendrickson leads the UNCSA Symphony Orchestra performing excerpts from the original orchestration of Tchaikovsky’s iconic score; the musicians will be featured on screen. Additional guest artists will be announced at a later date. 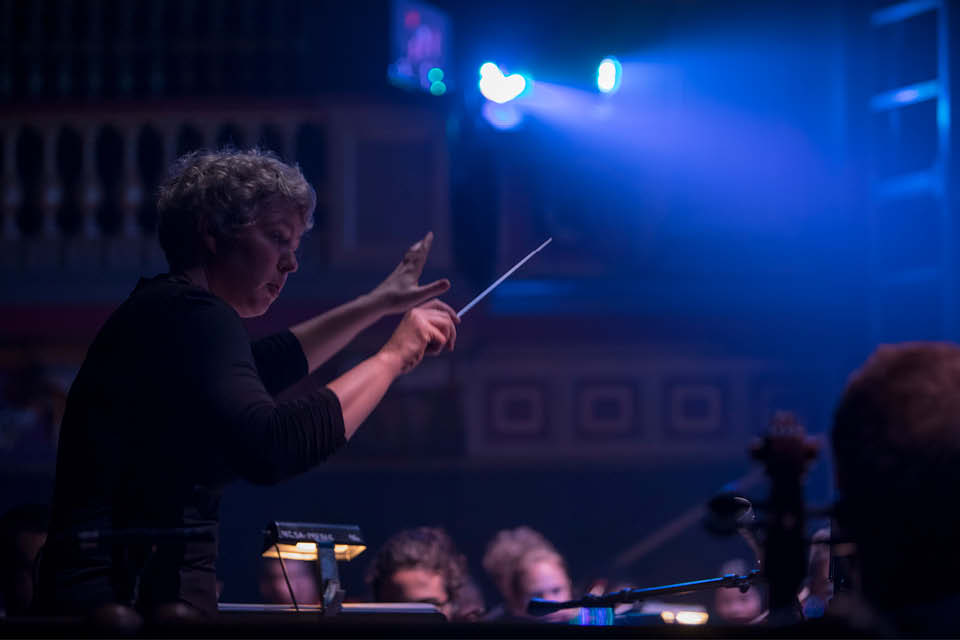 Guest conductor Karin Hendrickson returns to UNCSA to conduct the Symphony Orchestra in excerpts from the original orchestration of Tchaikovsky's "The Nutcracker." / Photo: Bert VanderVeen

The production will open with “The Nutcracker” Opening Night Scholarship Benefit on Dec. 12, a fundraiser for student scholarships at UNCSA. More information will be announced at a later date. 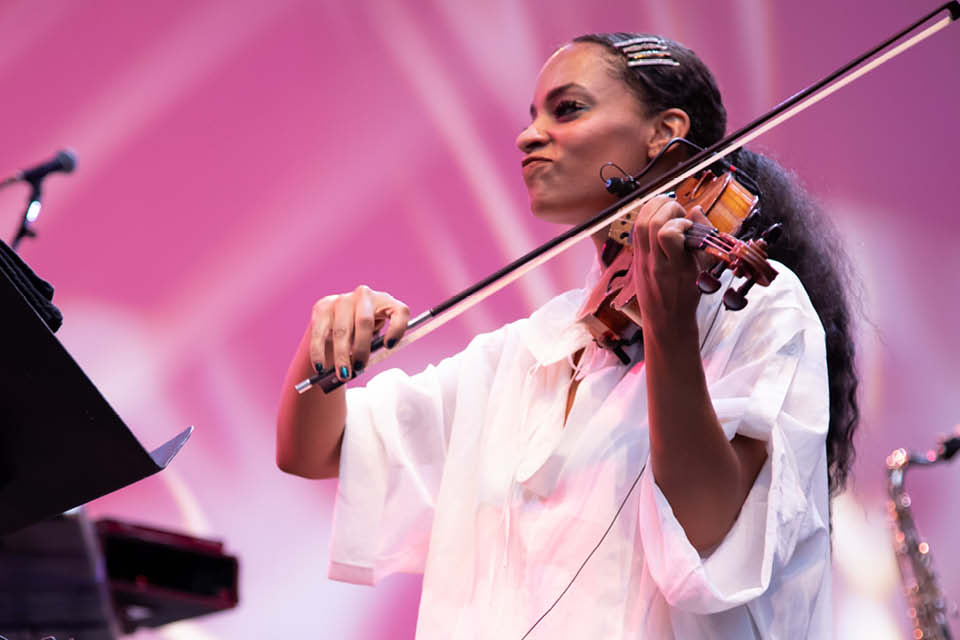 Following the concert, Chancellor Cole will present McJunkins with the Alumni Artpreneur Award. The $20,000 award, announced in June, honors McJunkins as an advocate for cultural equity and intentional hiring. McJunkins strives to change the standard of hiring and the demographic of freelance music performers in America by placing artists of color on stage with incredible performers like Solange, Questlove and Lauryn Hill.

The Windows Project – Wednesday through Saturday, Oct. 28-31 (live in-person)
Emmy-nominated School of Drama faculty member Andy Paris, a pioneer in devised theater, directs an original site-specific work by students from the schools of Design & Production and Drama. Addressing themes of isolation, privacy and mental health in a pressurized climate, as explored by designers and actors in a cross-disciplinary collaboration, the piece will be created entirely by the students and presented as a work-in-progress, allowing the audience to take part in the growth of the work. From outside a building, with safety precautions and distancing in place, audiences will get to know these original characters by peering through the windows of their private spaces, while events of global proportions simmer outside, and decisions must be made which will affect their very survival. Location and details will be announced.

The School of Music will livestream a robust program of more than 20 recitals and concerts by faculty, student ensembles and guest artists from Watson Hall and the Stevens Center throughout the fall. Highlights include:

Black Mountain Trio: “Beethoven for Three” – Saturday, Sept. 26
“Yes, Also Beethoven” with Dmitri Vorobiev – Saturday, Oct. 3
The UNCSA School of Music continues its celebration of the 250th anniversary of Beethoven’s birth, in partnership with “Beethoven Rocks Winston-Salem,” with two concerts highlighting talented faculty-artists in the works of the influential composer.

The Black Mountain Trio performs the composer’s two most consequential works of the genre: the vivid and mercurial “Ghost” Trio, Op. 70, no. 1, and the magnificent “Archduke,” Op. 97. The trio of acclaimed School of Music faculty-artists — pianist Dmitri Vorobiev, violinist Kevin Lawrence and cellist Brooks Whitehouse — has appeared in concert in North and South Carolina, Vermont and Ohio, as well as Beijing and Shenzhen, China.

Faculty pianist Dmitri Vorobiev continues the celebration of Beethoven in a recital featuring "Eroica" Variations, Op. 35 and Bagatelles, Op. 33, as well as other variations, rondos and bagatelles, revealing a side of Beethoven that is not often seen or heard. Complete program information to be announced.

“Henry V” – Available Thursday, Nov. 12 (audio production, on demand)
School of Drama faculty member Sara Becker directs William Shakespeare’s most famous war play – about England’s victory over France at the Battle of Agincourt – as a radio play. While third- and fourth-year actors get a workout with voice and text curriculum of the School of Drama, students in the School of Design & Production flex their design muscles by creating an original soundtrack to provide context for the story of a young king leading his outnumbered band of brothers into battle during the Hundred Years War. The performance will be recorded in UNCSA studios by actors working individually, as prescribed by the industry’s COVID-19 protocols.